What You Should Do if You Find Mould in Your House 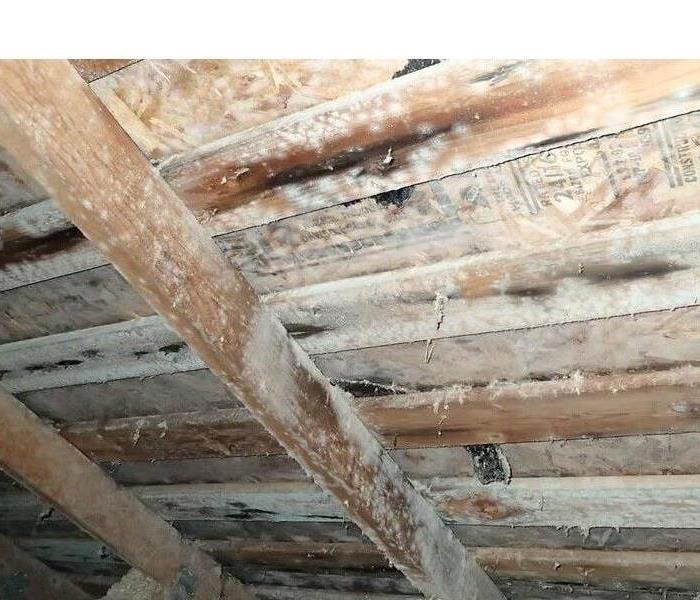 It can be every homeowner’s worst nightmare… mould. Known as the silent killer, mould can affect your health in negative ways without you even knowing it. While it can be a terrible feeling and experience to find it growing in your home, you should at least be happy that you found it. But what happens next? Here we will tell you what to do if you find it in your house.

How to Tell if it is Mould

The first thing to know is that mould likes dark areas that don’t get a lot of airflow and/or are exposed to any sort of moisture. Mould can also occur where food is prepared like in the kitchen. Bathrooms are a common area for microbial growth due to the moisture present. A leaky roof in the attic can also be causing possible growth you’re not aware of.

Mould is usually fuzzy and black or green in color. It can also appear in small green, black, and white patches. If the area is damp at all, that is also a sure indication.

What to Do if You Find Mould in Your House

If you find any growing in your home, the first thing you should do is be careful not to disturb it. By touching it or trying to wipe it off, for example, you can actually release toxic spores into the air instead. This can, in turn, spread through the air conditioning and infect other places of the home.

While using bleach is a common remedy, it is important to note that it can only work in certain cases. Bleach can only be used to kill mould that is on non-porous surfaces such as tile or glass. If there is  growth on any porous surface such as wood or drywall, a professional should be called in.

Some online guides suggest cutting the area out, like with drywall, and just replacing it. However, once you can see microbial growth, it’s possible there is potential contamination in other places and a microscopic leak could even be to blame. Therefore, if you spot anything that looks suspicious anywhere in your home, you should call out professionals who can assess and start the mould remediation process promptly.